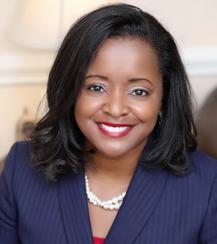 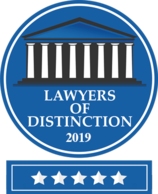 Whether you are experiencing a divorce or other family law related issue, been charged with committing a crime, been involved in an accident or have a civil law matter, everything can be overwhelming.  And we know that at The Law Office of Yolanda M. Trotman, PLLC.   Attorney Trotman's unique experience of presiding as a District Court Judge in criminal and civil courtrooms and more than a decade of experience as a successful trial lawyer,  you can focus on things that matter most, instead of finding yourself overwhelmed and worried about your court case. 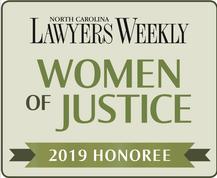 Yolanda graduated from UNC-Charlotte in 1996 with a Bachelor of Arts in History and she was a North Carolina Teaching Fellow.   After graduating from college with Honors, Yolanda was a high school history teacher, debate and speech coach, and Mock trial coach for three years at North Mecklenburg High School in Huntersville, North Carolina.

In 1999 she attended law school at the University of Pittsburgh and graduated in May 2002 with her Juris Doctor degree.  Yolanda began her career as an Assistant Public Defender in October 2002 and handled criminal matters in District and Superior Court. During this time she was also an Adjunct Professor at UNC-Charlotte in the criminal justice department. In 2005 she opened her own law practice, the Law Office of Yolanda M. Trotman, PLLC. She was also an Adjunct Professor at the University of Phoenix. Yolanda was nationally ranked at one of the “Top 10 Ten Under 40” Family Law attorneys by the National Academy of Family Law Attorneys.

Yolanda was elected as District Court Judge on November 4, 2014 and served as a Judge in the 26th Judicial District where she presided over criminal and civil matters.   She presided over matters in all criminal courts, civil court, domestic violence courts and family court.  In 2015 Yolanda founded a non-profit organization called iSpeak Now. Yolanda decided to leave the bench in December 2016 and returned to the private sector to practice law and to further develop iSpeak Now,  a 501(c)(3)  non-profit organization that teaches public speaking, critical thinking and related skills to elementary, middle and high school students by utilizing an interactive mock trial model called the Mock Trial Experience.  The Mock Trial Experience is partnership with law enforcement, law and college students and members of the community and there are other models under the umbrella of iSpeak Now that further builds important skills for their students. She also mentors young attorneys and is a member of Delta Sigma Theta Sorority, Inc.

Yolanda has also been honored by various organizations with awards for her service to the community.  She was named as one of the 50 Most Influential Woman in Charlotte by the Mecklenburg Times and as a Woman of Excellence by Radio One.  She was named the Phenomenal Woman of the Year by WSEG and received a commendation from former Governor Pat McCrory as a result of being a community service award recipient by Distinguished Partners.   She received the Community Empowerment Award from the Charlotte NAACP for her work with her non profit organization, iSpeak Now.  She was chosen by the Whiteside Foundation as the first recipient of the Queen Community Activist Award in 2019.

Yolanda has been certified as a member of Lawyers of Distinction.  Lawyers of Distinction is recognized as the fastest growing community of distinguished lawyers in the United States where members are accepted based upon objective evaluation of an attorney's qualifications, license, reputation and experience and will not offer membership to more than 10% of attorneys in any given state.  She has also been recognized as one of the Top 100 Trial Lawyers in the area of Criminal Defense by the National Association of Trial Lawyers.  She is one of 25 attorneys statewide that was chosen for the inaugural class of the Women of Justice distinction from Lawyers Weekly.